THE LOOT OF KOHINOOR AND OTHER DIAMONDS FROM HINDU TEMPLES 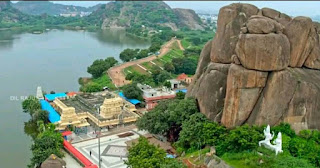 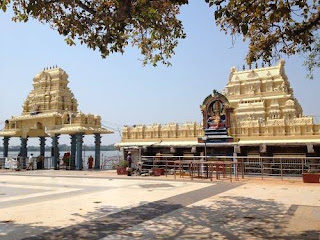 It is believed that Kohinoor, one of the world's largest cut diamonds, originally belonged to the crown of this Goddess.The temple was looted and destroyed by Allauddin Khilji in early 14th century

3) Looted from Bhadrakali temple, the diamond Kohinoor was later seized by  Mughals and ultimately usurped by British

Today, the Kohinoor diamond lies in the crown of Queen Of England. The crown is estimated to be worth $10-12 billion

4) The Black Orlov diamond is the largest black diamond in the world. It  once weighed 195 Carats. It is also called "Eye of Brahma" diamond

The diamond was once the eye of a Murti of Lord Brahma in a Hindu temple in Pondicherry. It was stolen by a Jesuit "monk" and is now in US

5) The White Orlov diamond is a large diamond (190 Carats). It was the eye of Lord Vishnu(Ranganatha) in Srirangam, Tamilnadu

A french soldier in 18th century posed as a Hindu convert and lived in temple. One day he secretly plucked out eyes and looted diamonds. Now in Russia

6)The Hope Diamond  is one of the largest Blue diamonds in the world(originally 116 Carats).The diamond was reportedly stolen by a French gem merchant by plucking out eyes of Goddess Sita idol
There's a famous legend that the diamond is cursed. It is now in US

7) Loot also happens in secular Indian state which controls only Hindu temples.
The Raj Pink diamond  auctioned at $30 million in Geneva is reportedly the same diamond donated by Mysore Maharaja to Lord Vishnu in Tirupati. It was with TTD board until 2001
https://t.co/QIyxjisjN3 https://t.co/UWQw7s89T8

Email ThisBlogThis!Share to TwitterShare to FacebookShare to Pinterest
Labels: Diamond

Here, the Elephant is the Sanchita karma which is the total lot of karmas stored on the soul.
Snakes in the well are the  karmas awaiting you in this birth.
The Branch of the tree is the current precarious life we are leading, with the white rat representing day and the black rat representing night.

Thus the rats of time are eating away our life. And so many karmas are waiting to trouble you.
In this utmost dangerous situation, man is busy tasting honey drops from a bee's nest. It means, man is busy enjoying the pleasures of the world ignorant of the karmas awaiting to trouble him.
Lord Shri Krishna is extending his loving hand but we neglect god in the process of sipping honey....... We are not able to think of God and hold onto Him  who is the best support during our times of trouble. This is how we are leading our life in samsara, lost in the pleasures of the world!!! 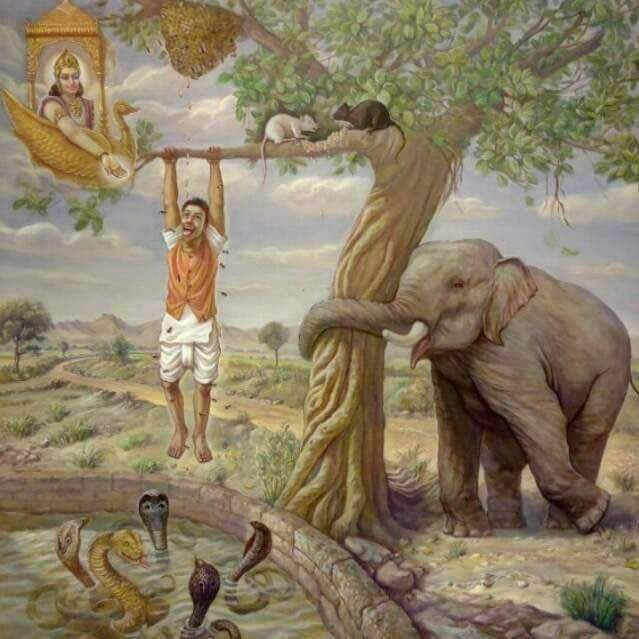